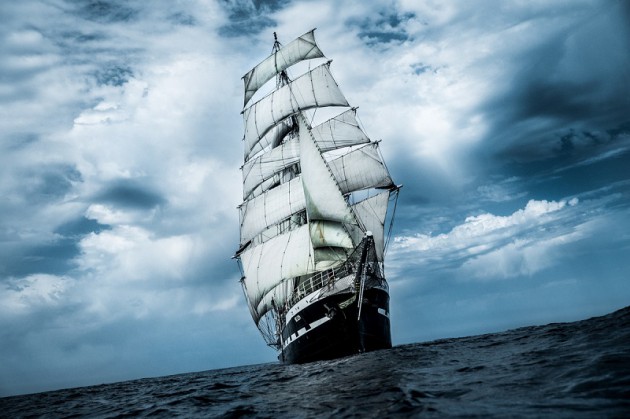 Belem on the road for Alicante © Benjamin Decoin

When Belem’s 2013 Summer program was made public, it displayed all the ingredients of The Tour of your Dreams, to the extent that one wondered if the ideal combination of summer, sea, sun…and our grand old ship would keep its promises… Well, it jolly well did!
Here’s a quick look back on Belem’s adventures since she left Nantes in July, scanning a succession of happy memories, encounters and anecdotes.

Making for the Med via Lisboa, Cape San Vicente and the Straights of Gibraltar, Belem was made welcome in Tangiers, on the Moroccan coast, by the French Consul General and members of the French Chamber of Commerce, all of whom were welcomed to a brilliant soirée on board ship. An unforgettable episode was the trainees’ excursion to the gracious old town of Asilah, the Grottoes of Hercules and Cape Spartel looking out towards Gibraltar, followed by a visit through the picturesque streets of Tangiers’ ancient Kasbah and Medina.
Then the trip towards Alicante on the coast of Spain: the weather was so hot that the Captain improvised a deck swimming pool made out of sails, just like they did in 1923/24 when the Guinness family sailed the same ship, then known as Fantome II, around the world!

A swimming pool improvised on the Belem © Benjamin Decoin

After a stop-over in Port Vendres, Belem set off for a tour of some of the most beautiful islands of the Mediterrean: Corsica, Sardinia, Capri, Ponza, Sicily, Malta as well as the most famous volcanoes such as Etna and Stromboli. General consensus amongst successive trainees was that these various experiences were, to put it mildly, exceptional. 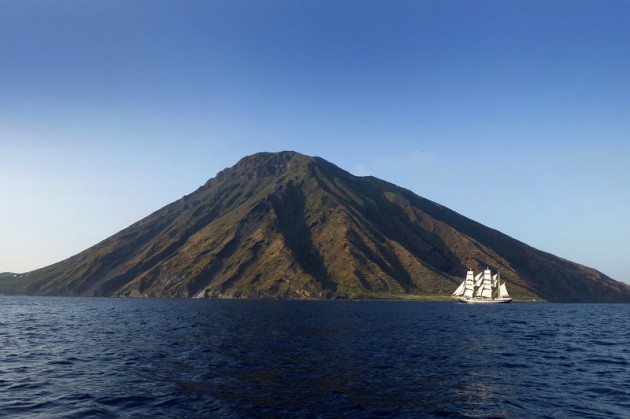 Belem in front of the Stromboli © Myriam Villert

But then, so were the last days of August and all those of September, what with another jaunt to Corsica where Belem accompanied the races of the Corsica Classic Week , then to Marseille for the Nautical parade “Septembre en Mer” and on to Monte Carlo as honored guest of the Monaco Classic Week where Belem and her crew had the privilege of welcoming aboard His Highness Prince Albert of Monaco… 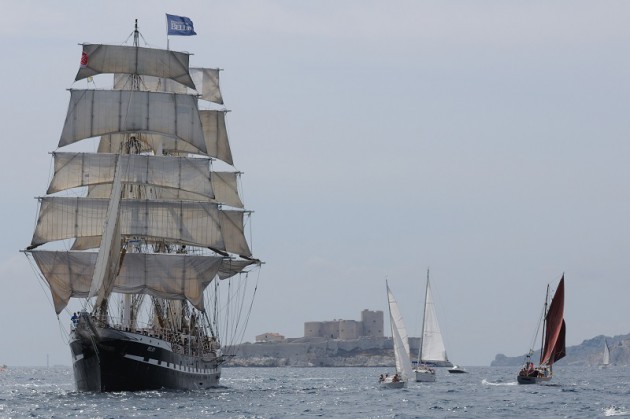 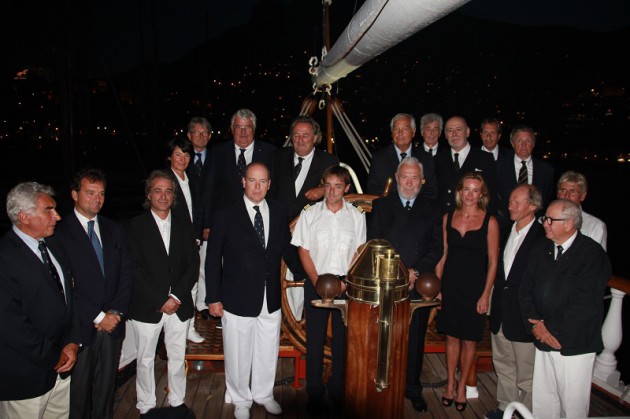 His Highness Prince Albert of Monaco on board

Another great experience was Belem’s joining the Mediterranean Tall Ships Regatta from Barcelona to Toulon. As we all know, Belem was not built to be a racing ship so her very presence was already no mean feat… and she came 19th out of 26 which, you must acknowledge, is a great achievement for a lady cruising towards her 118th year! 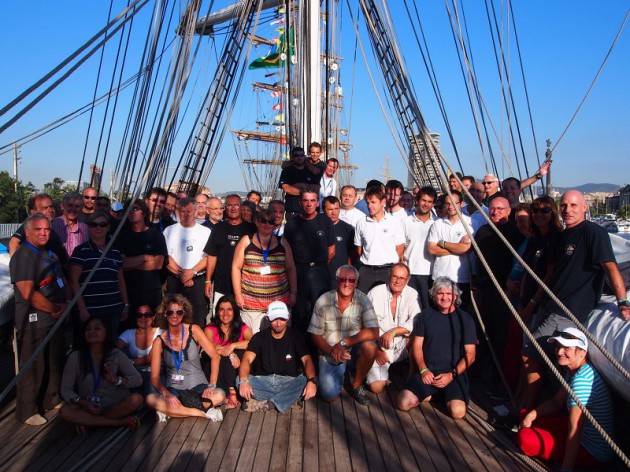 Trainees are ready for the race -Mediterranean Tall Ship Regatta

Belem’s summer season ended with a couple of outings around Nice on October 19th and 20th and she will remain in the Mediterranean, around Toulon, for her winter quarters.
Those of you who have had a glimpse of the preceding logbooks already have some info on plans for the 2014 Season – just as spectacular if not more! In any case, the complete program for Belem’s next sailing Season will be known in time for the Paris Nautic Boat Show at the beginning of December.