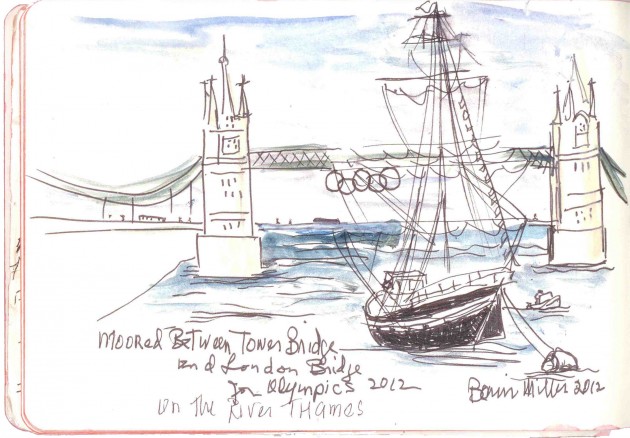 The sailing season is drawing to its close and the Belem will be taking her winter quarters end of October for a well-earned rest and her yearly makeover. It’s been a busy year for our venerable but sprightly dame of the seas: 28 training trips up and down the Channel and the Atlantic, some 40 stopovers in French, Spanish, English and Irish ports, 35 visitors’ days, around ten public events, including – need we remind our readers – her very noticeable presence on the Thames during the unforgettable Royal Diamond Jubilee and the Olympic Games

The last three weeks of the season are being spent in Belem’s home town of Nantes: moored to her own special pontoon, named in her honour, she will be open to public and school visits for most of the time.

Meanwhile, back at the Foundation, Christelle and her crew…oops, sorry, her team... are working flat out on next year’s sailing programme, to be made public for the opening of the Paris Boat Show on December 8th. Things aren’t yet finalised; however we are allowed to divulge a few preliminary plans: the start of the season will be spent on the Atlantic and the Channel, with some probable stopovers on the coasts of Britain, Belgium and Holland. Then Belem will definitely be in Rouen, taking part in the “Armada de la Liberté” scheduled from the 6th to the 16th of June in honour of the Normandy Landings. Summer will find Belem on the Mediterranean taking Morocco, Spain, Italy, Malta and Corsica in her stride…

During this year’s summer season, the Foundation has also been busy putting the final operative touches to a project launched in 2011: the “Club des Amis du Belem”. This Club is made up of all those who wish to contribute to the upkeep and the activities of Europe’s oldest tall ship still sailing. Belem’s major sponsor continues to be the Caisses d’Epargne banking group, as they have been since 1979, but the time has come to diversify sources of income, so it was decided to appeal to all those who love our gallant old ship and wish to contribute the amount they want to help her continue on her way as long as she can. Since the appeal was launched, over 1800 donors have joined the Club. As members, they receive their own Belem card and a special newsletter through the letterbox, as well as having the opportunity of free visits on board the Belem and privileged meetings with the crew. Contributors’ names are inscribed in a special logbook kept on the ship, to be consulted at will.
All the details are available on Cette adresse e-mail est protégée contre les robots spammeurs. Vous devez activer le JavaScript pour la visualiser.